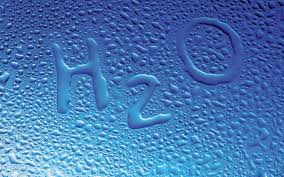 Can water power our future?   The Seafuel project is attempting to answer that question in a way that you’d never expect.   The Aran Islands, Canary Islands and Madeira in Portugal are just a few of the locations where hydrogen can be used across the Atlantic region to power transportation and support a shift towards a low-carbon economy. And hydrogen is an almost unexhaustible supply, being the building block of H2O…..water.

Hydrogen as our fuel of the future is not a new concept.   Though people have been extracting and burning hydrogen since the 17th century, engines and fuel cells that run on hydrogen have been around since the 19th, and hydrogen has been through numerous hype cycles, right up through the 21st century, the “hydrogen economy” has never materialized because it takes a lot of energy to pry hydrogen molecules away from oxygen, making it an expensive to produce and transport. HyTech Power, based in Redmond, Washington, thinks it may have the answer to the tricky hydrogen puzzle.  It has created a device that removes hydrogen from water, creating hydrogen at about three or four times the rate of other extraction devices with similar footprints, using about a third the electrical current.

HyTech is not your run-of-the-mill high tech startup.   It has attracted a stellar Board of Directors, including John Dunlap, who has been front and center in California environmental issues for the past 30 years. During his nearly two decades in local and state government, he has chaired CARB, arguably the most powerful environmental regulatory organization in the U.S.  Dunlap joins HyTech Power’s other board members, Doug Jewett; Admiral William J. McDaniel, U.S. Navy (retired); William Zielke; Phillip Jennings (CEO); Evan Johnson (CTO); and Henry Dean, chairman of the board.  It has also attracted some very qualified executives, such as Jerry Allyne who has joined its executive team as president. Allyne, former vice president of strategic planning and analysis at Boeing Commercial Airplanes.  dedicated to creating clean, efficient and renewable energy solutions for multiple applications including automotive and scalable energy storage. Initially, the company is focused on providing market-ready solutions to the U.S. diesel retrofit market using unique, patented software and hardware technology.

But hydrogen’s great promise may be in vehicle transportation.   As noted by The Guardian,  the automotive industry has viewed hydrogen fuel as an alternative to the combustion engine.  Fuel cells work by electrochemically combining hydrogen, stored in a pressurised tank, with air to generate an electric current; the only emission is water vapor. However, fuel cells are expensive to produce (platinum is a key component), as is hydrogen. The gas is flammable and difficult to store. And while hydrogen can be produced using renewable energy via electrolysis (using a current to separate water into hydrogen and oxygen) it’s more commonly produced from natural gas, releasing carbon dioxide in the process. It’s not surprising that Tesla’s Elon Musk has called the technology “fool cells”; he joins many in the industry who have asserted that hydrogen is the fuel of the future – and it always will be.  But Musk has put his billions into battery technology, while many car manufacturers have made the leap into fuel cells.

Toyota, Honda, Daimler, Shell and BMW announced the formation of the Hydrogen Council,which will invest in hydrogen research and lobbying. Japan has announced its intention to become the world’s first “hydrogen society”, aiming to have 35 hydrogen fuel stations in operation by 2020.  Toyota, whose Prius popularized the hybrid car, is betting heavily on hydrogen, with a car called the Mirai.  These companies realize that the top of the range Tesla has a battery heavier than any fuel cell car.   The popular Chevrolet Volt was designed to be a fuel cell-powered car once mobile fuel cells became economically feasible.  And Hyundai has recently introduced a hydrogen fuel cell car called the Nexo at the CES 2018 show in Las Vegas that is expected to be available in California later this year.   Hyundai uses three identical small 700-bar hydrogen tanks with a 156.6-liter capacity holds 12 percent more hydrogen fuel while weighing 13 percent less (245 pounds total) than its previous prototypes.  The result is a sedan that offers 55 mpg with a range of over 350 miles. And Honda, no slouch in car manufacturing, is selling the 2018 Clarity in California.  It is also a fuel cell powered car that uses compressed hydrogen. It available for lease at $369 per month, a price which includes $15,000 worth of hydrogen in a 3-year lease arrangement.

However, hydrogen-fueled cars are not a panacea….yet.   A chart, published in a December 2006 article on Phys.org shows the added steps required to process hydrogen and turn it back onto electricity to drive the electric motor that powers a hydrogen fuel-cell vehicle’s wheels. If you start with the same kilowatt-hour, whatever the source (from coal-powered to entirely renewable), using that energy to make hydrogen produces fewer miles on the road than it does when used to charge an electric car.  If the goal is to radically reduce the emissions of the greenhouse gas carbon dioxide associated with road vehicles, electric cars will enjoy an advantage over hydrogen-powered cars until hydrogen is produced renewably……an equation that HyTech is attempting to radically revise.

For those who eschew cars, a French start-up has begun producing hydrogen-powered bicycles for use in corporate or municipal fleets.  Pragma Industries, which is based in Biarritz, France and makes fuel cells for military use, has sold some 60 hydrogen-powered bikes to French cities.  The firm’s Alpha bike runs for about 62 miles on a two-litre tank of hydrogen, a range similar to an electric bike, but a refill takes only minutes while e-bikes take hours to charge.

How is China Hurting America?